Verily I say unto you, the era of the sword and axe is nigh, the era of the wolf's blizzard. The Time of the White Chill and the White Light is nigh, the Time of Madness and the Time of Contempt: Tedd Deireddh, the Time of End. The world will die amidst frost and be reborn with the new sun. It will be reborn of the Elder Blood, of Hen Ichaer, of the seed that has been sown. A seed which will not sprout but will burst into flame. Ess'tuath esse! Thus it shall be! Watch for the signs! What signs these shall be, I say unto you: first the earth will flow with the blood of Aen Seidhe, the Blood of Elves . . . Aen Ithlinnespeath, Ithlinne Aegli aep Aevenien's prophecy I CHAPTER ONE The town was in flames. The narrow streets leading to the moat and the first terrace belched smoke and embers, flames devouring the densely clustered thatched houses and licking at the castle walls. From the west, from the harbour gate, the screams and clamour of vicious battle and the dull blows of a battering ram smashing against the walls grew ever louder. Their attackers had surrounded them unexpectedly, shattering the barricades which had been held by no more than a few soldiers, a handful of townsmen carrying halberds and some crossbowmen from the guild. Their horses, decked out in flowing black caparisons, flew over the barricades like spectres, their riders' bright, glistening blades sowing death amongst the fleeing defenders. Ciri felt the knight who carried her before him on his saddle abruptly spur his horse. She heard his cry. 'Hold on,' he shouted. 'Hold on!' Other knights wearing the colours of Cintra overtook them, sparring, even in full flight, with the Nilfgaardians. Ciri caught a glimpse of the skirmish from the corner of her eye — the crazed swirl of blue-gold and black cloaks amidst the clash of steel, the clatter of blades against shields, the neighing of horses— Shouts. No, not shouts. Screams. 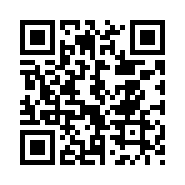